Boise, Idaho – Secretary of State Lawerence Denney is alerting voters about a deceptive mailing that bears the unauthorized use of the Idaho State Seal.

By including the state seal, the mailer may lead some recipients to think the mailer is official state mail. It is not. The use of the seal was not authorized by the Secretary of State. An example of the mailer is pictured below.

It is important to note that the information used on the postcard is public record, and does not suggest any breach of voter information.

This is a prime example of the importance of double-checking your election information with your trusted local and state election officials. (See the joint press release with Attorney General Lawrence Wasden, U.S. Attorney for the District of Idaho Bart M. Davis, and Idaho’s county clerks released October 27.)

For further questions please reach out to Chad Houck, Chief Deputy Secretary of State at (208) 332-2862. 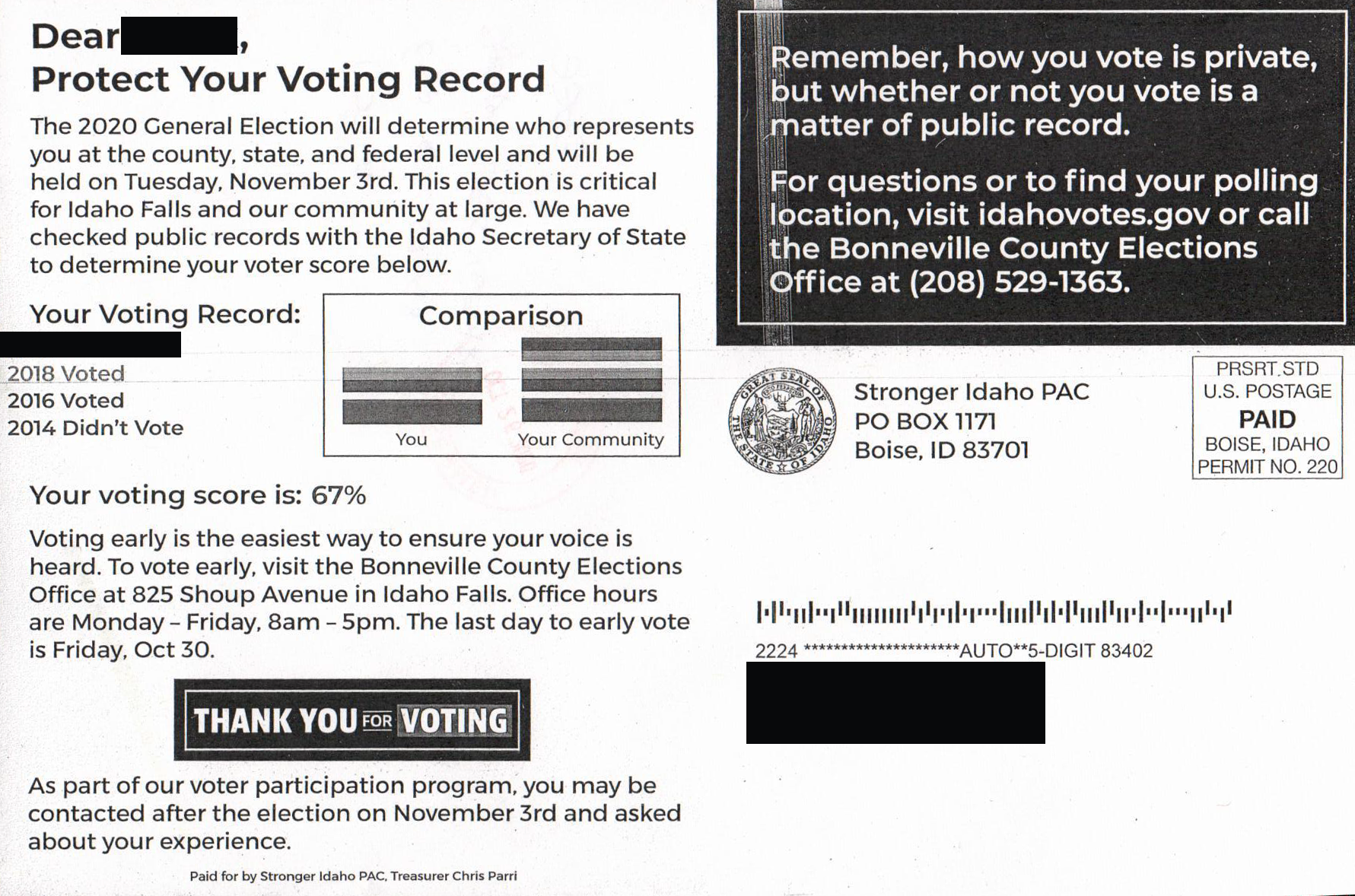 Lawerence Denney has served the people of Idaho since 1990. His public service began as a representative in District 13 and, following redistricting, he became a representative in District 9 until 2014. During that time, Denney served two terms as Majority Leader and three terms as Speaker of the House before successfully running for state office. He is currently in his second term as Idaho’s Secretary of State.

Campaign Finance, Lobbyist Reporting, and Online Voter Tools are expected to be offline from April 9th at 5:00 p.m. MDT, through April 12th at 8:00 a.m. MDT to complete a system upgrade.

Per Idaho Code 67-6607, campaign finance is reported monthly during a campaign’s election year. The deadline for the March report falls on Saturday, April 10th. Due to the interruption caused by this upgrade, political treasurers will be allowed to file the March report until 11:59 p.m. MDT on Monday, April 12th.

While we do our best to ensure compliance with all deadlines in statute, the timing of this release is critical to ensure minimal (or no) impact to the May election cycle. We are sorry for any inconvenience this may cause.